Challenges of genetical characterization for the lanner

The lanner falcon (Falco biarmicus) is not easy to characterize genetically: there are many genetic similarities with the other species of the Hierofalco group, for example the sacred falcon (Falco cherrug) or the gyrfalcon (Falco rusticolus). In fact, these are very similar species because they are evolutionarily recent, being still in the “gray area” of differentiation, when hybridization is common. Therefore, being able to find distinctive genetic traits in the lanner subspecies, including the Italian one (F. b. feldeggii) is a clearly arduous task, however essential to release specimens in the wild via the hacking technique, which is the heart of this project.

The efforts of IZSLT to identify important molecular markers

The Forensic Molecular Diagnostics Laboratory of the IZSLT, project partner, has identified several molecular markers, both mitochondrial and nuclear, useful for this purpose. Some, such as the Control Region and cytochrome B, a gene that encodes a mitochondrial enzyme, have already been used by other working groups and therefore represent a useful comparison with published data. Other markers, in particular some consisting of parts of the Major Histocompatibility System (MHC) genes and other nuclear coding genes, are being studied in the Italian lanner population for the first time in this project, and preliminary data show them to be very promising for the genetic definition of this subspecies. In addition, methods have been developed for the molecular identification of individuals and for maternity and paternity tests in cases where it is necessary to verify the genealogy of the specimens to be released.

Fundamental results with more to come

Currently, about thirty samples of feldeggii have already been analyzed that were obtained from live specimens, from deceased animals or from taxidermized ones owned by various museums in Italy. They were compared with specimens of other subspecies of Falco biarmicus, as well as with specimens of other hawks. The results confirmed that feldeggii shares part of the mitogenome both with the other subspecies of Falco biarmicus and with the other species of the genus Falco, confirming the phylogenetic evidence already partially available in the literature. Particularly encouraging results come from the nuclear DNA of the MHC genes: allelic states typical of feldeggii have been found which are not present in any other taxon of the genus Falco analyzed so far. This result will be fundamental to characterize the gene pool of the subspecies feldeggii and support the choice of animals to be released in nature. 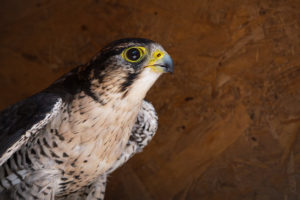 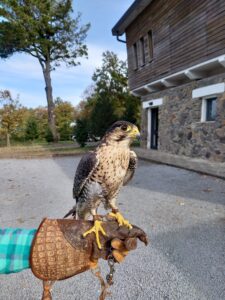 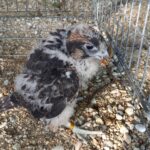